"Fall in love with the story. The rest will take care of itself."

Vic Perillo is a Veteran of the Entertainment Industry.

At THE ACTORS STUDIO he worked with Gordon Phillips on studio projects:
• Marathon 33 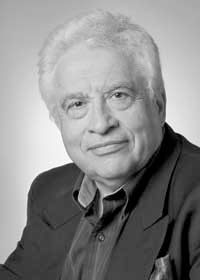 He established the first AFTRA SHOWCASE, which led to the establishment of the current AFTRA SAG showcases. He was assigned to NBC and is thoroughly familiar with actors rights and working condition rules.

He represented Child actor Gary Coleman (Different Strokes) and produced 7 movies of the week for NBC with Gary Coleman.

In addition to Gary he placed and represented more than 12 actors for Daytime television. Included in the list was Kim Zimmer (three time daytime Emmy winner).

The Center for the Trained Professional Performer
Mr. Perillo established this non profit organization to provide a place where trained and gifted actor graduates from University, College and Conservatory training can be showcased to major T.V. Network, film company and theater casting directors and producers.

This would be centered in a National Actors Convention composed of only actors who have trained at theater programs in the USA.

• The Rev, produced in Vancouver B.C

Mr. Perillo has written articles for The Soul of The American Actor, a New York Published newspaper for actors.

He has just completed a book titled "The Actor and the Craft of Acting Held Hostage".

He is currently in pre production for The LAMBERT CHRONICLES, a WWII Feature film written by him.

LECTURES and SEMINARS
Mr. Perillo has conducted more than 400 lectures workshops free of charge at Universities, Colleges, and Conservatories in the past 40 years. He is a regular yearly speaker at the American Academy of Dramatic Arts, The New School for Drama, for their graduate students.

A representative short list of theater schools where Mr. Perillo has conducted Lectures and seminars.